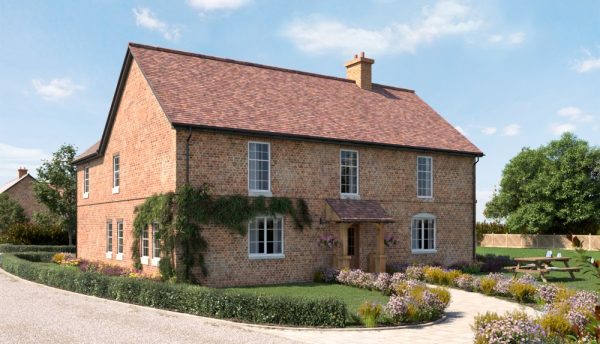 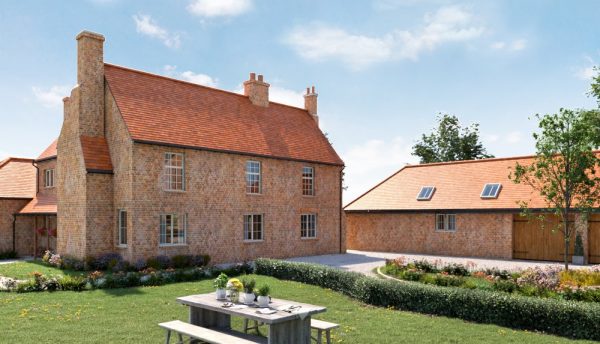 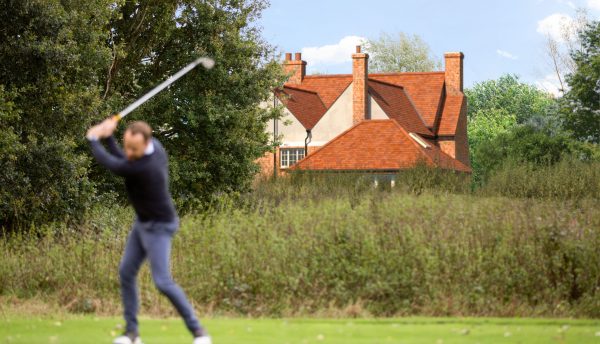 Restoration and refurbishment of a Grade II Listed Farmhouse, together with a two-storey rear extension.

As a consequence of the severe fire damage, a significant proportion of the existing farmhouse, including walls and roof and adjacent buildings, had to be rebuilt. The internal layout of the original farmhouse also had to be adapted to suite contemporary living needs and the extension designed to complement these requirements.

The first part of the exercise was to comprehensively survey and assess the damage to the building, and ascertain, what could and could not be saved.  This assessment also provided a template/pallet of materials for the restoration and the re-build of the damaged areas of the building.

An alternative design approach, deemed acceptable to Historic England, was therefore considered, utilising modern materials and an alternative roof profile that would not only visibly distinguish the new phase of work, but also result in an extension with a reduced building height.

To counterbalance this aesthetic, elements of the original house, in the form of a twin double height gable, have been extruded through Corten structure with an accentuated double arch projecting above the flat roof resulting in a visually dramatic composition to the north elevation.

The new double pitched roofs are designed to reflect the existing double arch gables, but the new structure is set lower and further apart so the existing roof profile is visible along the north elevation. The reduction in height as well as distancing itself away from the listed building also means that the proposed extension is architecturally and visually subservient to the main building.

A visual separation of the existing and proposed structure has been achieved by a two-storey glass link which steps in from both existing a proposed wall faces, creating a clear gap between the two structures.

The work which was undertaken created a viable alternative to the demolition of the building, which was extensively damaged and has brought new life to a local and well-known heritage asset.